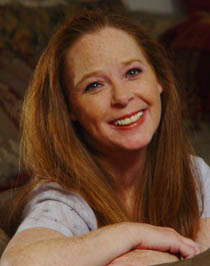 Cyndi Seidler is an author, new media producer, marketer, lifestylist, and leader in the field of professional organizing.

She established HandyGirl Organizing in 1994 using her diversified skills and knowledge in organization, which has made her a popular figure among the organizing industry today.

She is often featured in the media as an organizing expert on numerous television shows and news stations (NBC, ABC, FOX, WB, CNN, HGTV), popular radio programs, magazines and newspapers.

Cyndi’s noteworthy appearances on television include a segment with Sinbad on NBC’s “Access Hollywood”, with Billy Sheehan on CNN News, NBC’s reality show Starting Over, HGTV’s Into Closets With Kathy Ireland, KTLA-5 Making It, Fox-11 Pat Croce Moving In, and regularly in a couple seasons of HGTV’s Smart Solution hosted by Maty Monfort.

With her knowledge and experience, Cyndi also became a radio personality, producing and hosting a program called “Organized Living With Cyndi Seidler” on KIEV-870 AM.

Her books include, “Organize for Success”, “The Art of Filing Systems”, and “A Manual for Professional Organizers” (considered the “bible book” in the field and now required reading for certification).

Her DVD  Get Organized with Cyndi Seidler was co-produced with Soorya Arts presenting Cyndi organizing a home, and was to be the first in a Get Organized DVD series.

As part of her organizing business, Cyndi also has an online training academy for professional organizers.